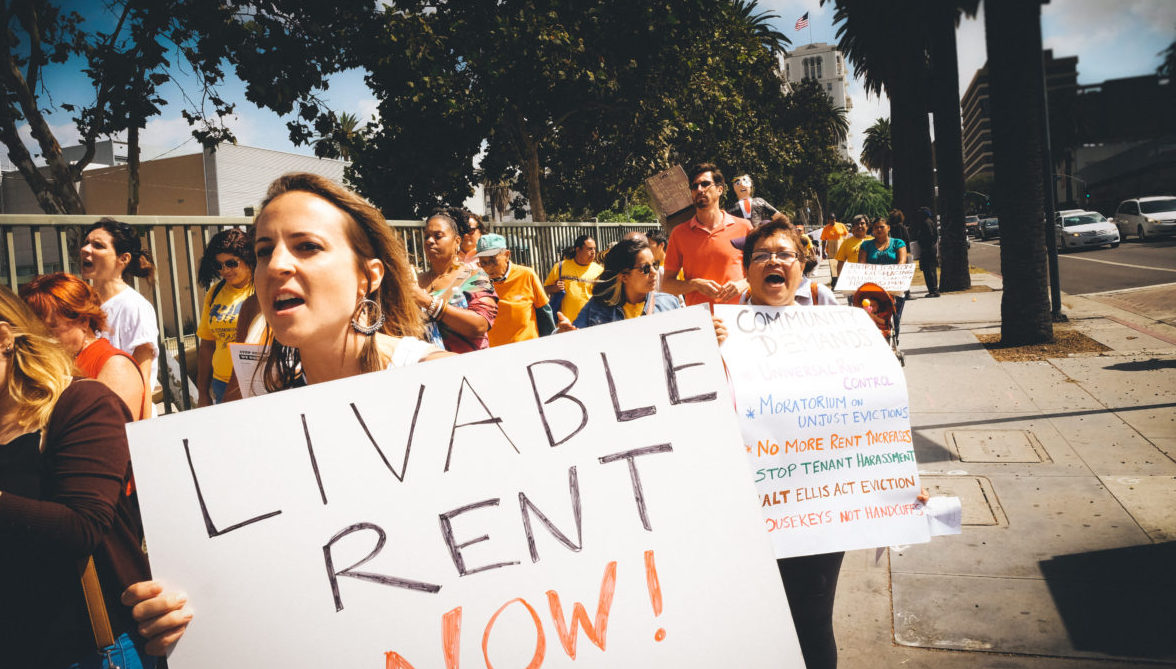 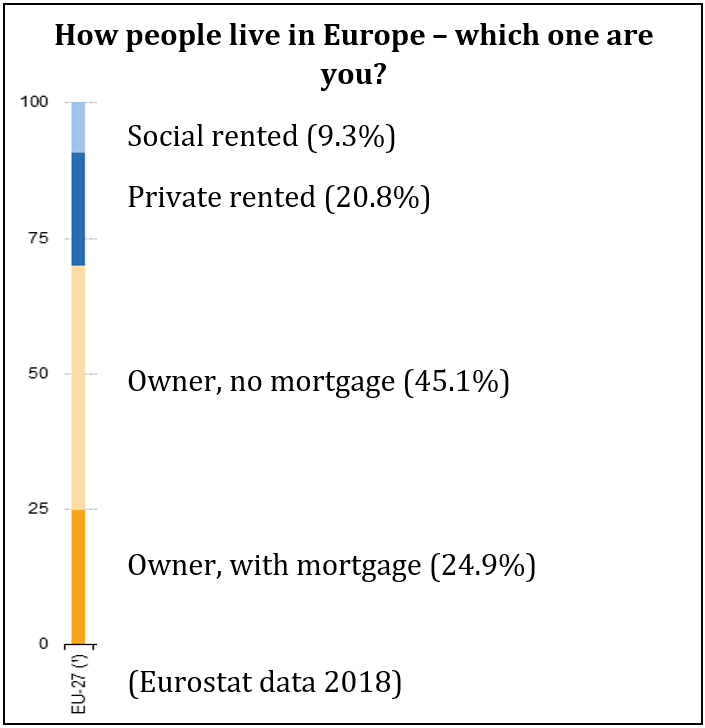 Most people in Europe own their property. Eurostat data 2018.

Buyers face high prices that only speculators or those with high incomes or help from their parents can afford. House prices have grown faster than incomes in all but three European countries (Finland, Germany, and Portugal) for at least 15 years. A U.K. home now costs 8x the average family income, up from 4x in the 1990s, causing home ownership among 25-34 year olds to collapse.The landlords own them now.