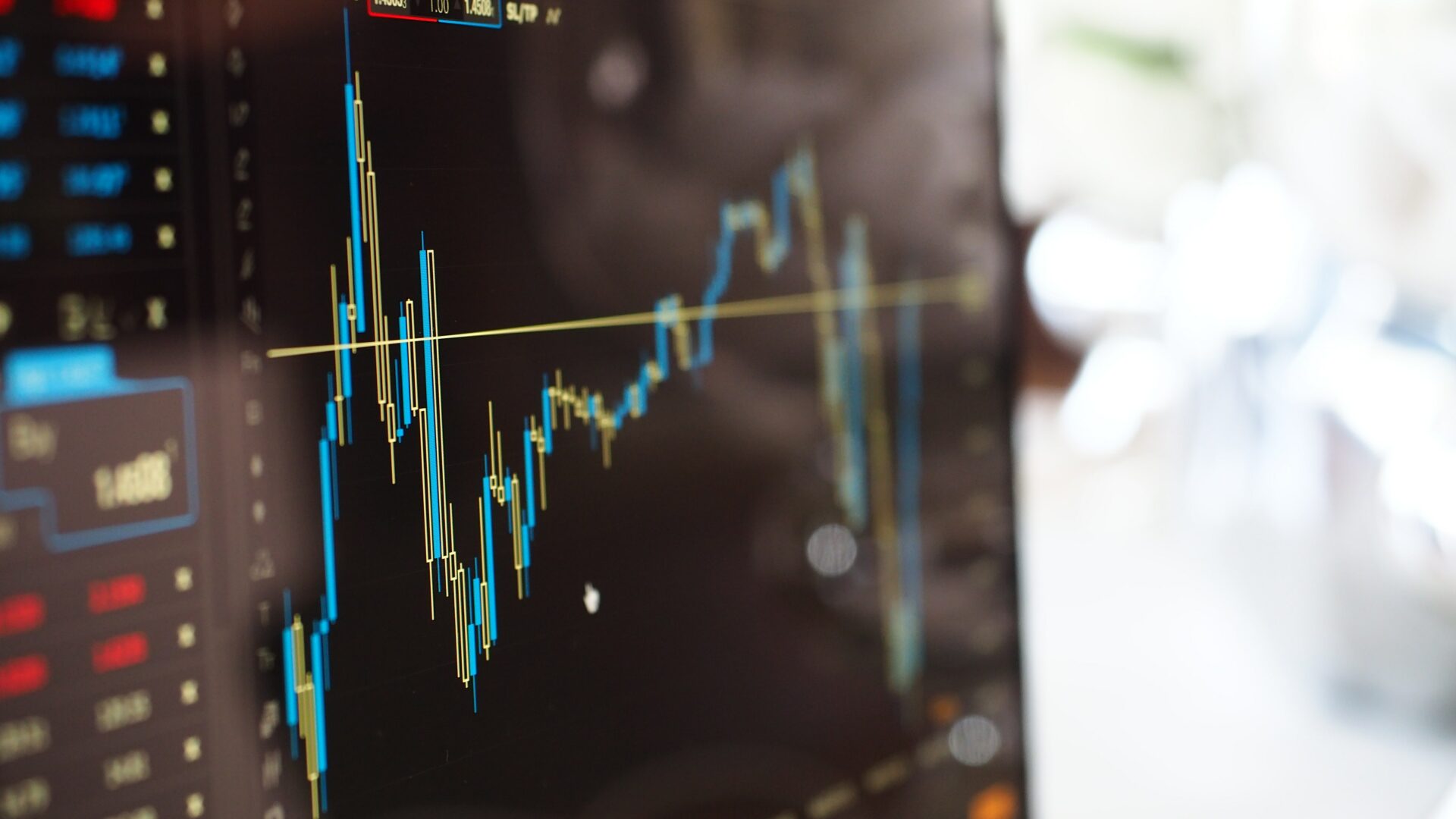 What if another financial crisis happened today? What if the COVID-19 virus leads to economic recession, causing massive defaults on credits and serious turmoil in the financial sector? In this blog, we’ll take a closer look at what we can learn from the 2008 financial crisis to understand today’s situation.

Rumors about an upcoming financial crisis have emerged cyclically since the 2008 turmoil. But the threat of experiencing another crisis of these proportions has never been as high as in the last few weeks. Like mountaineers checking and rechecking their equipment before a rock-climb, today we are all nervously wondering if the set of regulations enforced in the aftermath of the last financial crash will be robust enough. Can they absorb the stress that the financial system is experiencing as a consequence of the economic crisis that the COVID-19 outbreak has triggered? In other words: after over ten years of financial regulation, is the financial sector resilient to a new shock?

No one knows the answer to this before another crisis actually hits. Yet, we face the risk that the patchwork of measures adopted to fix the crisis of 2007/8 will not be appropriate to tackle the unexpected scenario that we are facing today. It’s a useful exercise to look back at what happened at the last financial crisis. Examining the similarities and differences will help us to better understand the current situation and what could happen next. 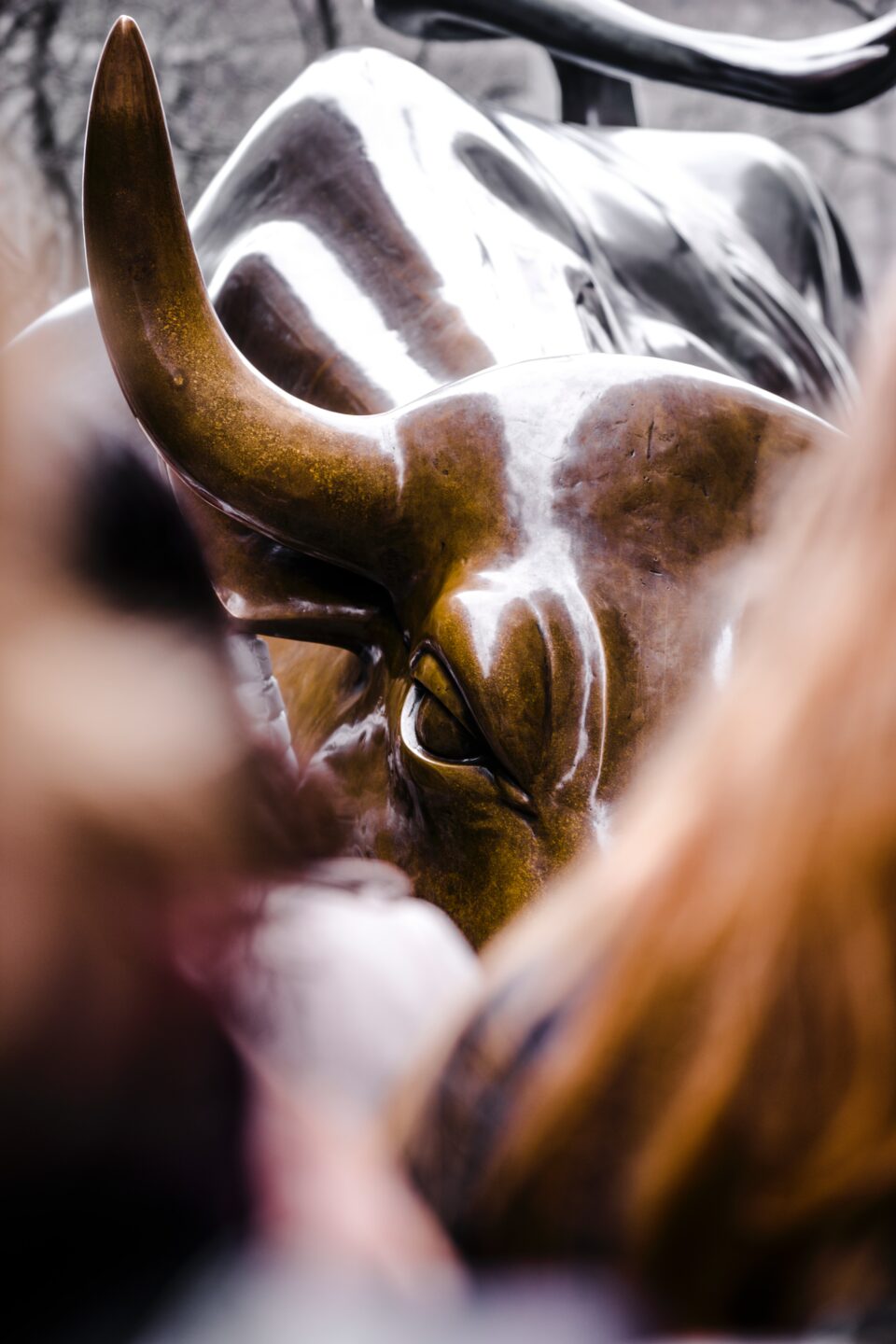 Photo by bantersnaps on Unsplash

What happened in the last crisis?

The 2008 crisis started within the financial sector and then hit the economy. Today, the risk is that the economic downturn caused by the Coronavirus might lead to a financial crisis. Even though the triggering dynamics are different, consequences might be quite similar, as the financial system today is not that different compared to before 2007/8.

The scene for financial crises was set in the decades before 2007/8 with an enduring relaxation of financial regulation. Then, in the direct run up to the crisis of 2007/8 an unprecedented credit expansion led to high risk taking behaviours, huge bonuses and distribution of high dividends. Maturity mismatches piled up (which results from banks borrowing short-term on money markets and lending long terms with higher interest rates), dramatically increasing liquidity risks of financial institutions. Capital of banks was low, whereas leverage was huge. Not to forget the unusual and aggressive types of mortgages and opaque mechanisms of mortgage securitizations hiding the real risks banks were holding in their portfolios. As the rate of defaulted mortgages surged, trust among financial institutions about their own solvency capacity broke down, banks stopped lending money to each other and – because of their high interconnection – provoked a domino effect that led to a bail out of almost all the largest banks in the US and in the EU. 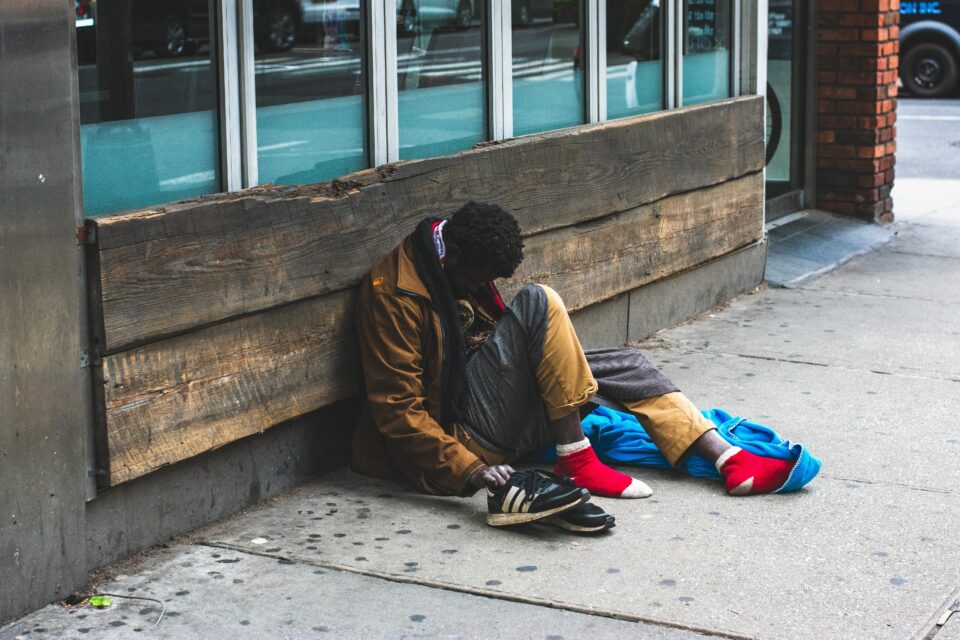 Photo by malcolm garret from Pexels

People paid for the crisis

Banks did not only stop lending to each other, but stopped lending to the real economy and households. This provoked a credit crunch which implications people felt all over the world for years after the crisis. While the short-term consequences of the financial crash were quantifiable – in terms of the massive bailout bill, paid by taxpayers – its long-term consequences were too often considered less directly traceable, compared to the impact it had at micro and macro level. Small and medium enterprises couldn’t sustain their money supply due to the lack of credit, and consequently went bankrupt. A rise of unemployment and inequality went hand in hand with a massive increase of public debt. This debt was then (mis)used to introduce austerity measures that, particularly in Europe, opened the gate for the rise of far right movements, populism and euroscepticism.

If we take a cold hard look at all the direct and indirect consequences that people, particularly the most vulnerable ones, had to cope with in the last decade, then one thing is clear. The political and regulatory response to the crisis has been too soft. Indeed, at the edge of the risk of a new financial crisis, we would hope to see regulatory measures to have transformed the financial system into being long-term oriented, sustainable and just. But instead we are facing the bitter truth that little has changed. The same risk of systemic failure is threatening us again today: many voices expressed concerns about how a patchwork of half-hearted post-crisis financial regulations left many essential problems unsolved. It starts with breaking down the universal banking model of interconnected too-big-to-fail banks, goes on with an unregulated shadow banking sector, including trading venues, and continues with still existing high-speed financial transactions and speculative investment behaviours that flee an economy at the slightest hint of a recession – the list goes on, see here and here.

The result of an unfinished post-crisis reform of the financial sector is that today we have, as before the previous crash, a huge amount of private debt, extremely high levels of corporate and financial leverage as well as assets prices. On top of this are high levels of maturity mismatching, now being more prevalent in shadow banking than in the banking sector of the past. 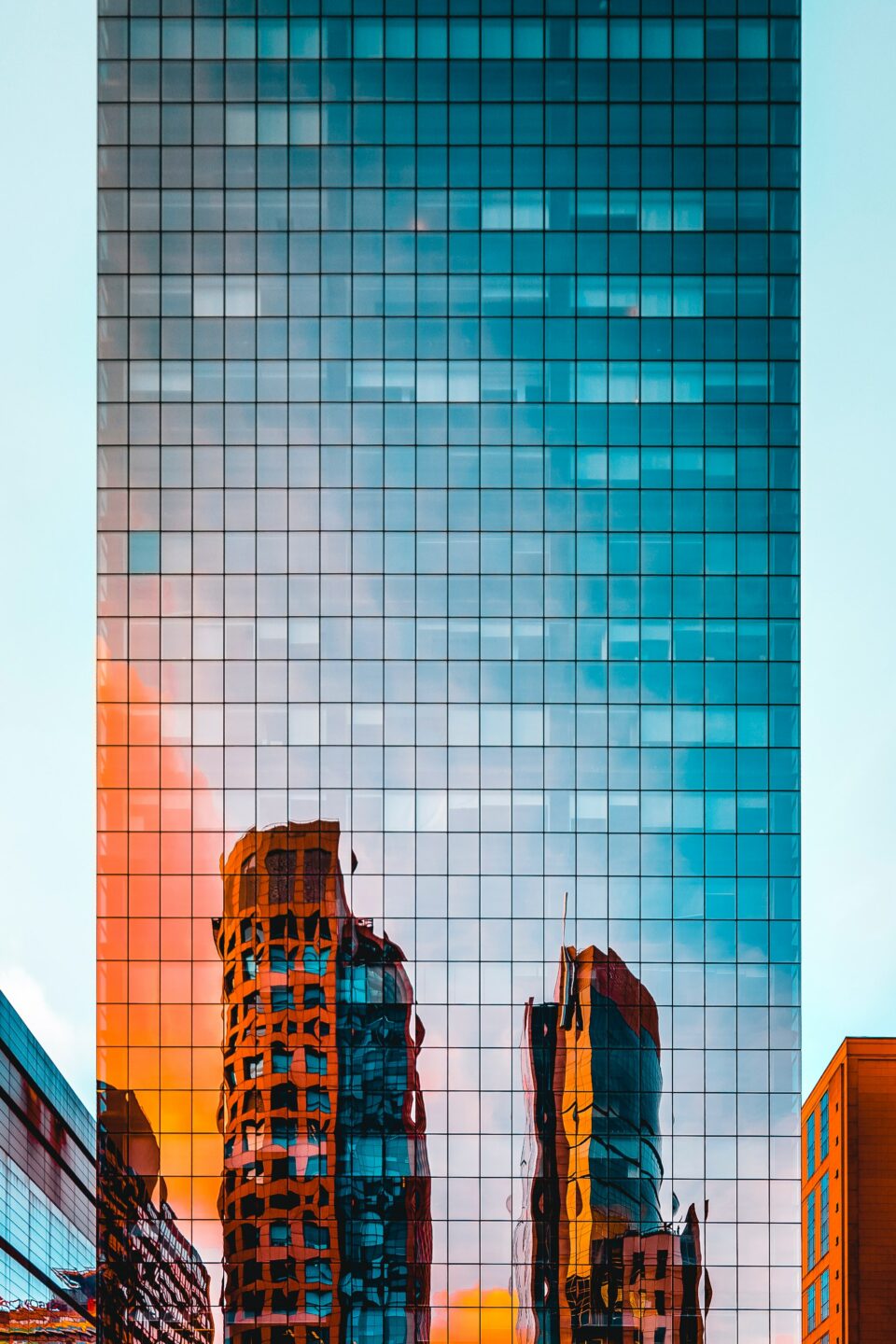 Photo by Juhasz Imre from Pexels

What is happening today and where might it lead us?

When a patient is sick, examining the symptoms help the doctor to pick the right cure and to prevent the worst from happening. So let’s take a look at some of the symptoms we can see through the lense of what we have learned about the previous crisis.

In the current situation, large corporations face a drop in their revenues, which leads to higher insolvency rates and a risk of default. This risk concentrates in the sectors particularly affected by the ongoing global lock-down. As a consequence, the securities related to those sectors will lose value which triggers losses for banks, investors and pension funds. Over time, the corporations most affected will no longer be able to recapitalize and renew their debt financing. The credit default swap (CDS) sector – basically insurances that have to be paid out when companies default on their credits – will suffer large payouts, potentially affecting the liquidity of financial firms selling CDS. This risk could spread to private equity portfolios, with a consequent risk increase for pension funds. What we see is that today’s interconnected financial markets and a highly financialised economy can quickly escalate (again) into a financial crisis.

For banks, we are already observing an increase in the level of non performing loans (NPLs) and a loss of revenues. If businesses and customers are forced to finance themselves via overdrafts, and everyone is doing so at the same time, this can strain banks’ liquidity. In simple terms, banks will have less money. The worst scenario at this stage would be if the capital of banks and insurances falls below their prudential thresholds (the minimum amount of money they have to hold). They will no longer be able to recapitalize themselves on the capital markets, leading to a new potential bank failure on a global scale.

When it comes to the insurance industry, claims on revenue losses due to the corona crisis will mount, putting pressure on the liquidity or even solvency of insurers. While some insurers have agreed to pay out on legitimate claims for business income losses tied to government-ordered shutdowns, others are starting to show some reluctancy. We are already observing a remarkable increase in the denials of COVID-19 claims, that might be caused by this sudden surge of requests. If the trend will keep increasing, it could potentially lead to both corporate insolvency and insolvency of insurance companies themselves, if they are unable to pay out on all legitimate claims. As for capital markets, a large sell off of securities in a short period of time increases the volatility of the market, with consequent losses to be crystallized at multiple levels, including all the financial intermediation outside the regulated banking system, known as shadow banking. Those include asset managers, government-sponsored entities, structured finance vehicles, broker-dealers, financial holding companies, and finance companies.

As for public finances, we can see the same debt problems rising that became a pressing issue after the 2008 crisis. Trillions of Euros are being made available across Europe to support a stumbling economy, making calls for further austerity measures likely – and it is to be seen, if bail-out of banks will be exercised further down the road, increasing the burden of public debt yet again.

People shouldn’t get the bill this time

This gloomy set of possible scenarios should not make us forget that every crisis comes with a hidden opportunity. The current crisis creates a new political momentum for civil society to be as vocal as ever about the urgency to transform the financial system for good this time.

Today’s scenario differs from the 2007/8 pre-crisis time for at least two encouraging reasons.

Regulators need to be vigilant in ensuring that the financial sector’s response to the current crisis is in line with public interest. This time it cannot be public coffers paying for the crisis, leading to high public debts that are then answered with austerity measures. This time we have to find a way to make financial markets contribute to the rescue of the economic recovery. We need a green and socially just crisis recovery that supports the transformation of our economy for the benefit of the people and the planet.

This blog summarises the presentation COVID-19: Introduction to the flaws in the financial system by Greg Ford, Senior Advisor for Finance Watch, during Change Finance’s strategy meeting on 27 March. It is the first part of a series of blogs, that will recap the meeting. Read the meeting summary, in case you couldn’t take part. Next we will introduce our fight against the murky world of financial lobbying in the EU.