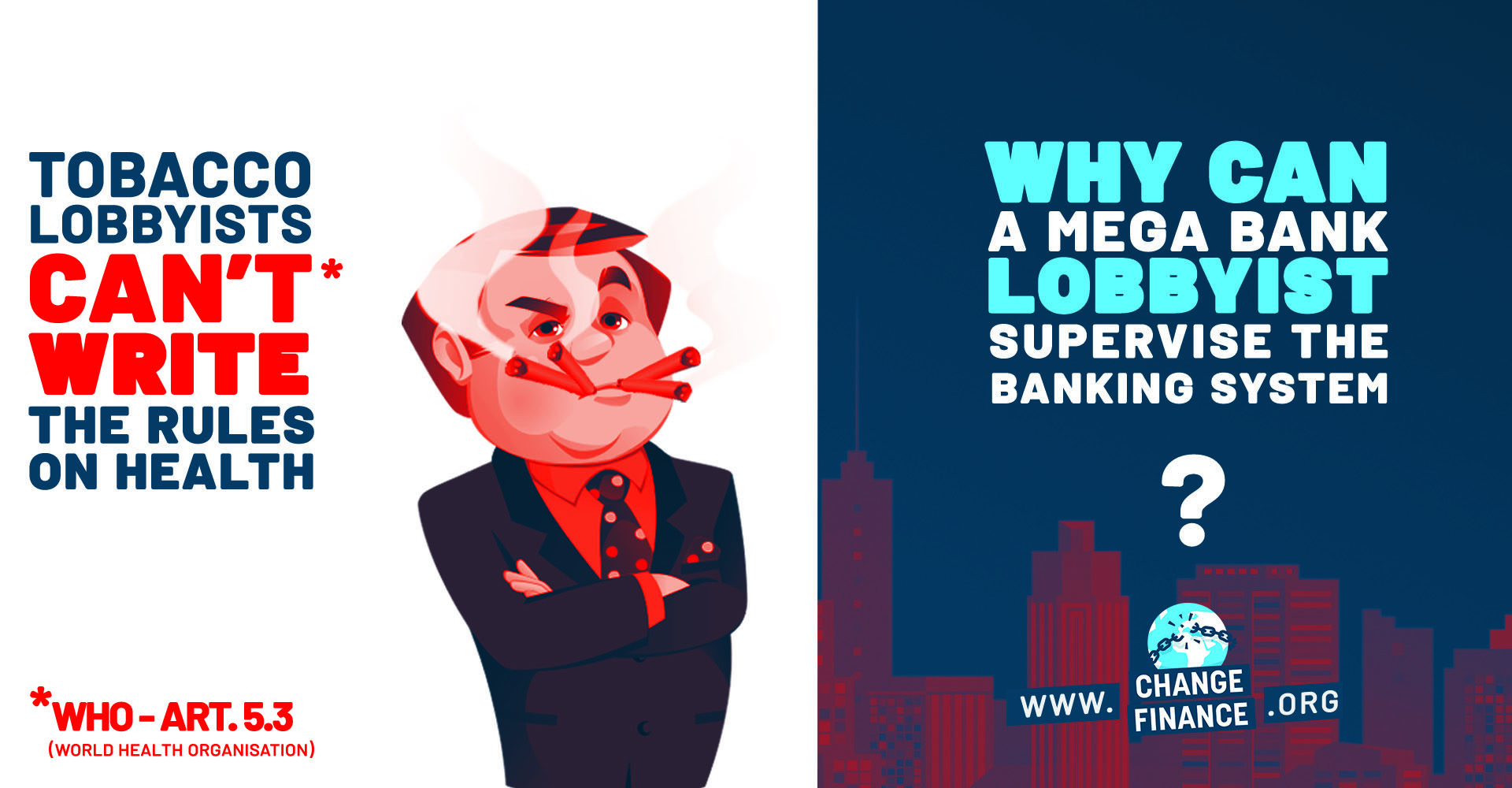 We pledge to help society take control of finance

Today, the European Parliament will likely confirm the head of regulatory affairs of a powerful bank as the new chair of the European Banking Authority – an important body supervising banks. This is a symptom of a deeper problem: the overwhelming influence of the financial lobby. Change Finance will propose ways to tame that influence on the occasion of the upcoming EU elections.

We all know that things are out of whack in the world of finance. As a result of 30 years of  financialisation, financial markets are involved in all aspects of our lives, from housing, to food, health and education. What’s more the financial industry wields too much influence over the rules and laws that govern it. Academics have written about it extensively. Civil society organisations, like those in the Change Finance coalition, have been campaigning against it for years. Most importantly the public knows it, knows that there is an imbalance in the representation of interests, while finance is not serving society as it should.

Some of this power is structural, like being too-big-to-fail. When banks got in trouble in 2008 they were so large that politicians felt obliged to bail them out – at the public’s expense. Little has changed with too big to fail. (Could Deutsche Bank and Commerzbank really be allowed to merge to make a future rescue easier?! The FT thinks it might be part of the reason). Our governments make decisions about society with more than half an eye on “what the markets think”, i.e. what big banks and institutional investors judge is best for their profitability. We’re going through a major social and environmental crisis and we are still letting short-term financial profits drive our decisions about the future.

Some of this power is also instrumental. Banks and other large financial firms can spend more on lobbying, confound others with complexity and be better organised into powerful associations like the IIF. The world of bankers, financiers and their regulators and supervisors is a closed and secluded world, hard for outsiders to penetrate. This only encourages the famous revolving door of senior men and women (but mostly men) between financial firms and the institutions created to govern them. The likely confirmation today of Banco Santander’s Head of Regulatory Affairs’ move to become the new chair of the European Banking Authority reminds us of this. 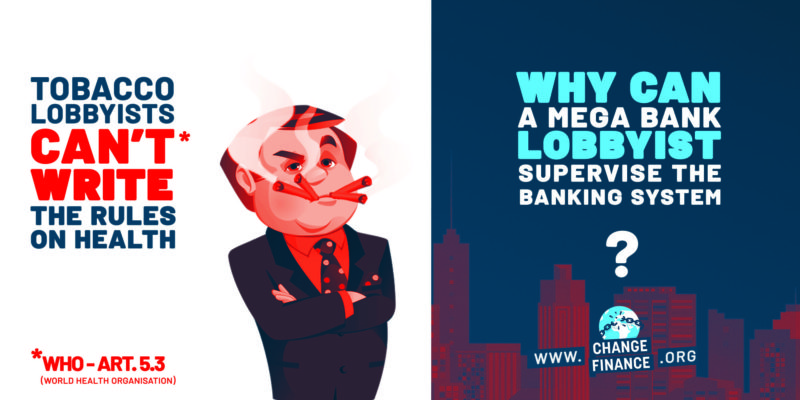 This signals a much bigger problem: We need to strengthen democratic processes so that key economic and financial regulations work in the interests of people and the planet rather than in the interest of financial elites. This is also the best way of countering toxic populism. There is much work to do to turn things around.

Luckily for us, history is littered with examples where unexpected change came quickly; when paradigms seemed to shift from one day to the next. When small incremental changes suddenly come together and tectonic plates shift. In the fight against big tobacco, one turning point was the insertion of article 5.3 into the World Health Organisation Framework Convention on Tobacco Control. This seemingly innocuous clause of 35 words stated that: “In setting and implementing their public health policies with respect to tobacco control, Parties shall act to protect these policies from commercial and other vested interests of the tobacco industry in accordance with national law.” What if we could do something similar with Finance? Could it work?

In the coming months, the Change Finance Coalition is going to work on just such a pledge to support democratically elected politicians with representing the interests of the public in the setting and enforcing of rules that can make finance a servant of society, not a master. Sign here to stay informed about our next steps >>