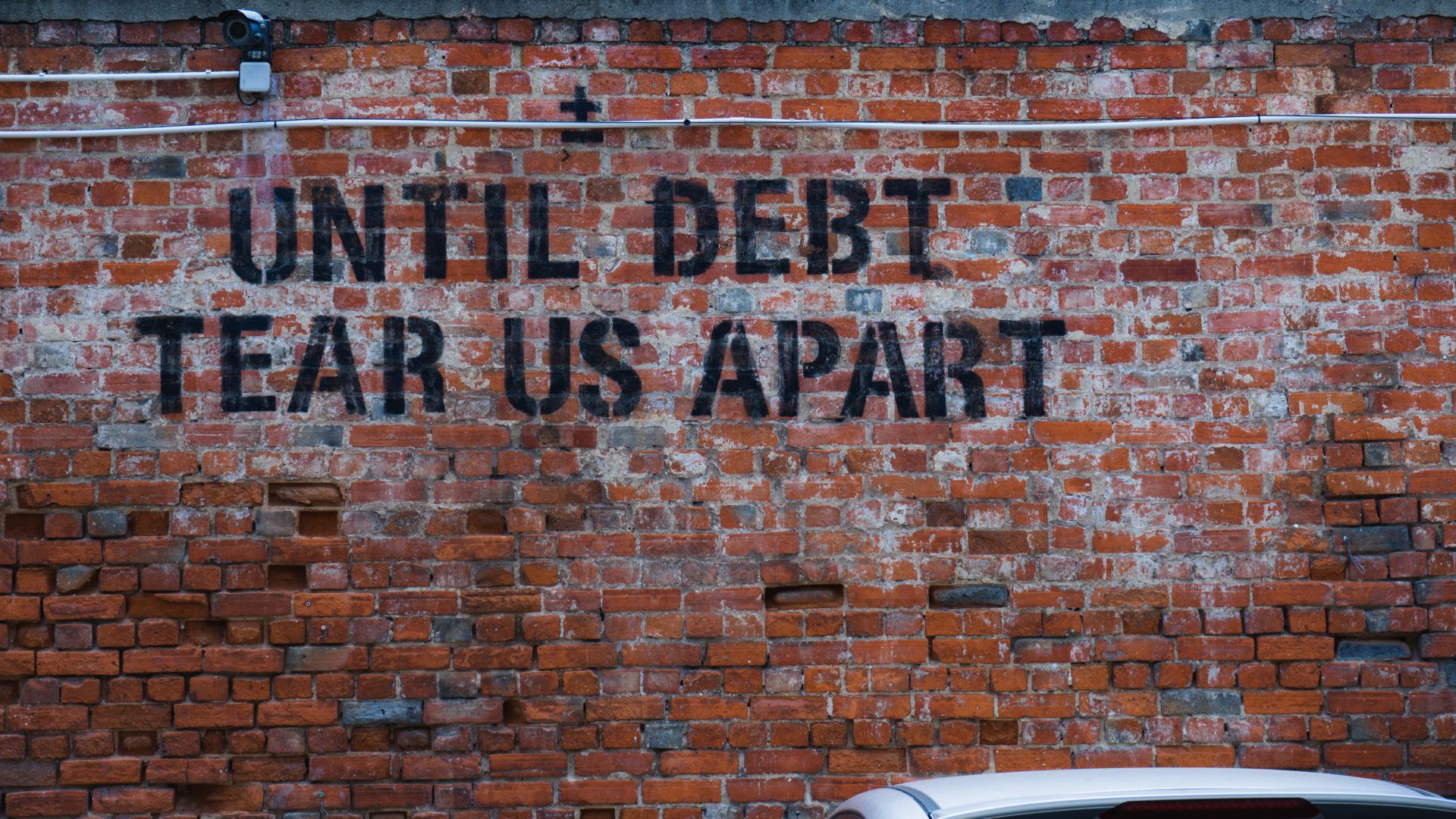 Ten years ago, on 15 September 2008, the US investment bank Lehman Brothers collapsed. This collapse is largely seen as a key event of the North Atlantic financial crisis, which also had spillover effects on the rest of the world. Around the globe, this decade-long crisis has caused massive unemployment, as well as rising poverty and inequality. It has been used and abused to slash people’s rights – in particular the rights of workers – while the financial sector that caused the crisis has benefited from huge publicly funded bailouts. Ten years after the last crisis began, global debt levels are higher than before, and debt vulnerabilities are increasingly hard to manage. That’s why activists all over the world are standing up to call for fundamental reforms of the financial sector on 15 September 2018.

Causes of the crisis

The crisis that culminated in the Lehman Brothers collapse was caused by three interrelated factors:

The crisis unfolded from 2007 with a massive drop in real estate prices and related financial products, in particular the mortgage-backed securities. Banks on both sides of the Atlantic got into trouble: Bear Stearns, Merrill Lynch, Lehman Brothers in the USA; Northern Rock and Royal Bank of Scotland in the UK; IKB and Hypo Real Estate in Germany; these were just some of the more prominent cases of banks that folded or were de facto nationalised.

The collapse of Lehman Brothers in 2008 was a turning point. From then on, there was a real or perceived risk that the meltdown of the bloated and highly overleveraged financial industry could result in the world economy’s complete Armageddon. The financial industry’s lobby fuelled these fears, unfortunately highly successfully. As a result, governments changed their policies. Instead of letting bankrupt banks go bankrupt, large amounts of public monies were injected to stabilise the balance sheets of private banks. In what can be described as the largest redistribution from the poor to the rich ever, governments all over the world channelled several trillions of dollars of public money or guarantees to the private banks.

These bailout programmes stopped the overdue, and in the long-term unavoidable, deleveraging process. Private debts were transferred to public balance sheets. Between 2007 and 2014, sovereign debt in the EU increased from 57.5 per cent to 86.5 per cent of Gross Domestic Product (GDP), with particularly steep increases in countries that had the highest bank bailout burdens to carry. In Ireland sovereign debt levels increased five-fold, from 23.9 per cent in 2007 to 119.6 per cent of GDP in 2012; in Spain, they tripled from 35.6 per cent to a peak of 100.4 per cent. For Greece, a vulnerable country with relatively high sovereign debt levels before the crisis started, the bailouts were the final blow.

Greece was the first country where the financial sector disaster caused a nation’s bankruptcy. Also in this case, the financial sector lobby successfully convinced policy-makers that a bailout was necessary to avoid the economic Armageddon. Instead of writing off the unsustainable debts mainly owed to French, German and British banks in a comprehensive debt restructuring, Greece was ‘persuaded’ to pay off the banks, using official loans from other EU Member States through the Greek Loan Facility, the International Monetary Fund (IMF), and later the new EU bail-out funds – the European Financial Stability Facility (EFSF) and the European Stability Mechanism (ESM). Ninety-five per cent of the bailout loans officially taken out by the Greek state were used to pay off creditors, mostly private banks. This practice was repeated in four other EU countries – Ireland, Portugal, Spain and Cyprus. Ireland originally planned to follow the Icelandic example – which was to refuse to bail out the private banks – but was forced by the European Central Bank to go the bailout way.

The people are paying the price

The financial crisis that started in the financial sector had a massive impact on the real economy, and on the living conditions of actual people. The recession that followed wiped out US$4 trillion of global GDP, industrial production in Europe dropped by 20 per cent in the first year of the crisis, and in some countries, it still has not fully recovered. The International Labour Organization (ILO) has calculated that 61 million workers lost their jobs, and the Food and Agriculture Organization of the UN (FAO) observed a surge of people suffering from hunger by 100 million.

The impact on people living in the worst bailout countries has been particularly harsh. In order to relieve the financial sector from the need to adjust, the burden has been put on the people through brutal austerity and adjustment policies imposed through loan conditionality. Greece has been forced to cut public spending so substantially that the country lost 25 per cent of its GDP – a quarter of the economy has thus been wiped out. Wages overall have fallen; minimum wages in Greece have been reduced substantially; labour rights have been slashed; public services have been cut; and the welfare system has been diminished.

For the affected countries, the last decade has been a “lost decade”; a whole generation of young people has become a “lost generation”. Young Greeks, Portuguese and Spaniards have had to leave their countries by the millions in search of jobs in more fortunate places across Europe. While job markets now are slowly recovering, the crisis has been used for a neo-liberal transformation. Formal employment has been replaced by trabajo basura, as the Spaniards call it – trash jobs without any security or rights.

The next crisis and new debt vulnerabilities

What the policy response to the crisis did not do is to address the underlying causes of the crisis. The world economy is now more highly leveraged than ever. According to the IMF’s Fiscal Monitor 2018, worldwide debt now stands at $164 trillion, equal to 225 per cent of global GDP, and up from a previous record of 213 per cent in 2009. All country groups have been affected: developed economies’ public debt has risen to 106.9 per cent of GDP in 2017, the highest level in times of peace. Things do not look better in the private sector. Corporate debt has surged to a record level of $66 trillion globally. 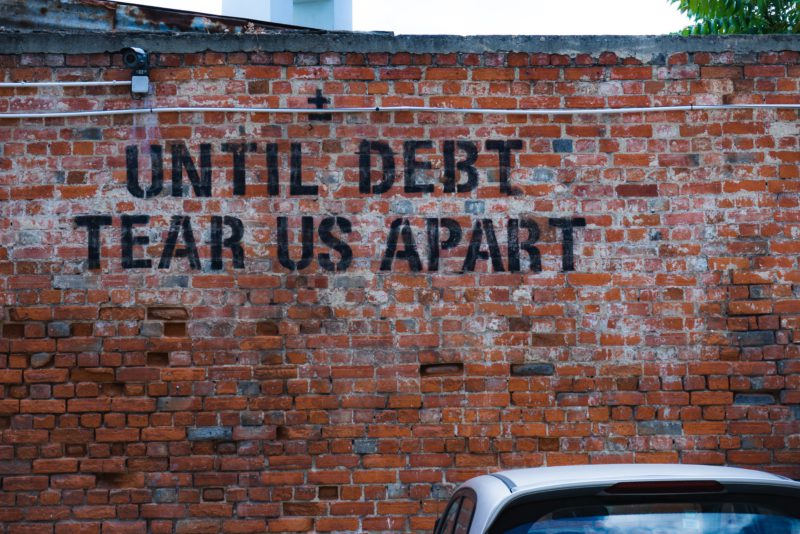 The quantitative easing policies that central banks in the global north have implemented to relieve private banks from pressure has unleashed a tsunami of speculative capital flows to the global south. It has triggered a lending boom that has pushed poor countries into a new debt trap. The IMF reports that only one in five low-income countries (LICs) can now be considered to be at low risk of debt distress. The positive impact of the Heavily Indebted Poor Countries initiatives since the 1990s has been undone. The developing countries’ debt crisis has already returned to many parts of the global south, and it will be even more difficult to manage than the last crisis. The creditor landscape has become ever more complex, and even low-income countries have started to use innovative financial instruments such as Eurobonds or collateralised loans – mortgaging their future export revenue. These loans are extremely difficult to restructure.

Innovations in financial regulation have been insufficient. While the European Commission is proud to report, for example, that it has put forward more than 50 major files for financial regulation in response to the crisis, these have largely been missing the point. No debt resolution mechanism has been introduced to reduce debt when needed, to deleverage the economy and to address debt crises in a sustainable manner. Attempts at United Nations level to create such a mechanism have not been fruitful either. Instead, irresponsible banks can still rely on being bailed out if they get into trouble.

Indeed, the fact that the banks were bailed out has allowed for business as usual and can be seen as one of the main reasons why a more substantial change or transformation in the financial system has not taken place. While the consequences of a non-bailout certainly would have been severe, it is perhaps what the world needed to wake up and take action.

Urgent action is needed in particular to protect vulnerable developing countries. Just as the 10th anniversary of the crisis looms, the currencies of Argentina and Turkey have crashed, indicating the arrival of a new emerging market crisis. Private corporations and banks in these countries have borrowed heavily in foreign currency and now foreign investors are pulling out their money. If no international solution is found to prevent debt crises, developing countries should at least start with unilateral measures, such as effective capital controls against speculative flows, or by introducing caps on foreign currency lending.

Bodo Ellmers is Policy and Advocacy Manager for debt and financial sector reform at the European Network on Debt and Development (Eurodad). He has published numerous reports and blogs on finance and development issues. He is coordinating European CSO advocacy at relevant EU process and at international institutions such as the UN and the IMF.

This article was initially published in Eurodad member SLUG’s newsletter. 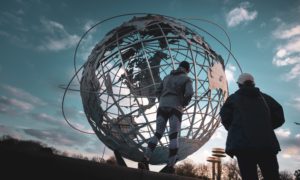 How Finance Needs to Change in Response to the Climate Emergency 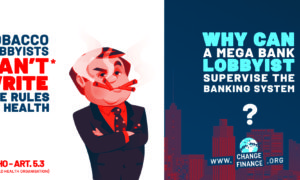 We pledge to help society take control of finance

Find out more about campaigns, projects, and local groups where you can make a difference!